Vacation Does Not Count Chapter 2, "The Hotel"

The next day, we caught a short island-hopping flight to our next port-of-call. It was the opposite of our little cottage. This time, we were staying at a very posh, high-rise resort hotel.

After checking out the view from our room, which overlooked the huge pool, Sondra unpacked, stripped and donned only her bikini bottoms and went out onto the balcony. She stretched, letting the sun warm her skin, and I'm sure more than a few people at the pool had an opportunity to observe that she has a magnificent set of tits. I stepped out on to the balcony with her, just as the man from the next suite did. He introduced himself to us and offered us a beer. His name was Brian and when he returned he couldn't take his eyes off Sondra's chest as we talked. After a few minutes, Brian's wife, Janet, joined us on the balcony. She was wearing a conservative one-piece bathing suit and her mouth literally fell open when she saw Sondra. She regained her composure and emphatically informed us that, as far as she knew, it wasn't a topless resort.

Each couple sat at their own table on the balcony, separated only by a low, thin railing, and continued talking. As Brian and Janet watched, Sondra began to apply her suntan lotion. She squeezed it onto her hands and rubbed it on her arms, legs, stomach, and finally on her breasts. She was watching the expressions on the faces of our new neighbors, as she applied it to her bare tits and ran her oily fingers over her nipples until they were hard and sticking straight out. Janet pulled Brian out of his chair and said they had to get ready for lunch. We waved good-bye and Brian smiled and said he hoped he'd see us again, soon; but we didn't see him or Janet again. We think they either left or had their room changed.


Coming in from the balcony, Sondra asked me if the scene had excited me. I answered her by pulling her down onto the bed and making love.

Both at the pool and on the beach, no one was topless, so over the next few days, Sondra learned how to wear her suits to her best advantage. She would tie it very loosely so in the surf or when she dove into the pool it would occasionally, "accidentally" fall off. When she was sunning herself, she would take it off completely as she lay on her stomach, but would often prop herself up on her elbows. Sondra went to the pool area alone while I enjoyed watching from the balcony. She became quite popular and every time she arrived on the scene, she drew a crowd of lookers.

Finally, on the morning of our last full day on that island, as she lay topless on a towel not far from the balcony, a man sat down next to her, hoping for a better view. Sondra started trying to put some oil on her back when the guy asked if he could help her. Sondra raised herself up on her elbows, letting the sides of her breast become exposed, and then handed him her oil. He started on her back and legs and then proceeded to her shoulders and sides. I could see his hand brushing the sides of my wife's hanging tits and she didn't flinch. Instead, Sondra raised up even more and leaned on her left side, placing her right hand behind her. In that pose, she was giving him (and me) a perfect, up-close view of her naked breasts.

Sondra smiled up at the stranger, "I think you missed a spot or two." She stayed in that position as he blatantly stared and continued to oil her shoulder. She looked down at her chest and asked him to put some oil in his hand. He did, and Sondra cupped his hand on her breast, smearing the oil into her skin. He then took her nipple between his finger and thumb and squeezed it. I could hear Sondra gasp, and then she smiled at him and rolled over onto her back, exposing both breasts. In a second, the guy was feeling her slippery tits with both hands. I could tell Sondra was getting really excited, but other people began arriving in the area and Sondra turned back onto her stomach.

I decided to join them. Sondra introduced me to Bill. He was about 45, still well-built, graying and ruggedly handsome, a corporate bigwig and on vacation with his wife, who was on a shopping excursion for the day. All three of us sat around talking the morning away as Sondra repeatedly, teasingly exposed herself.

Around noon, I invited Bill to join us in our suite for lunch. Sondra was all for the idea, and off we went. Once in the suite, Sondra said she wanted to shower off some of the suntan lotion while I made drinks and ordered room service. After the food arrived, Sondra rejoined us, combing her wet hair and wearing only a short towel wrapped around her waist. Both Bill and I commented on how lovely she looked and on the nice, even tan she was getting. Bill didn't act embarrassed or surprised at seeing Sondra topless, so who was I to make a fuss over it? During lunch, neither Bill nor I could take our eyes of my wife's luscious tits. Once, when I stood to make us more drinks, I could not resist bending down in front of Sondra and sucking one of her delicious nipples into my mouth, right in front of our new friend! Bill laughed and said that must be dessert. Sondra just smiled a big grin and said, "Maybe." We were out of ice, so I told the two of them that I would be right back. I left the door slightly ajar, so I could sneak a look before reentering.

When I returned with the ice, I peeked in to see Bill bent over Sondra and sucking on a nipple, exactly as I had done a few minutes before. Sondra was feeling his cock beneath his swim trunks with her right hand as her left hand cupped her breast for his hungry mouth.

Bill reaches down and dropped his trunks, exposing his large erection. He held it in front of him, eye-level with Sondra. Sondra grabbed it with her left hand and stroked it, and then lightly touched it with her tongue. She wet her lips and then slid the head of his cock into her mouth. She kept stroking the length of it with her hand, guiding as much of it as she could into her slurping mouth, while at the same time, playing with his balls with her other hand. Bill put his hands on each side of her head and pulled her back and forth on his prick, fucking her mouth.

As Sondra was sucking my cock for one picture, I couldn't hold back any longer, and Bill snapped off a couple as I filled my wife's mouth with my hot cum. Right after that, Bill mounted Sondra doggie-style and I snapped away as he plowed away in my wife's pussy. The three of us took pictures in every imaginable position until we were out of film and the suite was strewn with the Polaroid's. Bill called his wife, telling her he found an all-night poker game, and by the time we had finished room service dinner, we were exhausted and fell asleep. I woke up at 1:00 a.m. to the sounds of moaning and groaning, and found Bill and Sondra fucking their brains out next to me in the bed. I waited until they were through and then took my turn for sloppy seconds in my wife's cunt.

Sondra and I were still in bed the next morning while Bill showered and dressed to leave. When he was ready, Sondra called him over to the bed for a good-bye kiss, and then had him stand at the side of the bed as she leaned over me and gave him a good-bye blow-job, too! As I showered, I thought about the amazing events of the last few days. Sondra had been a virgin when we had married, and though one spouse can never know all there is to know about the other, I would swear that Sondra had never been unfaithful to me. Now, after just a few days away, I had shared her with the college boys, a whole bar full of kids and finally another man. I did feel little pangs of jealousy at the other men, but even more at Sondra's totally wanton and uninhibited behavior but, even stronger were my feelings of excitement and arousal. I had never felt more alive and sexually stimulated than the last few days, and I was anxious to see what else could happen over the next two weeks.

I emerged from the shower with an iron-hard erection. I walked into the bedroom and, as if on cue, Sondra bent over the luggage as she packed them and wiggled her ass at me in a most lascivious manner. Another pair of panties was ripped and torn open in my assault.

Continued in Chapter Three, "The Driver"

You might also like:
Vacation Does Not Count Chapter 2, "The Hotel"
Friends And Neighbors (Part 4)
The Masseuse
Sex Tips
Top Ten Sex Tips for Men
Views: 14,982
www.asians247.com Live Cams Girls 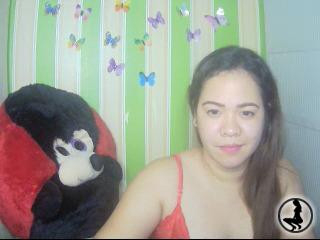 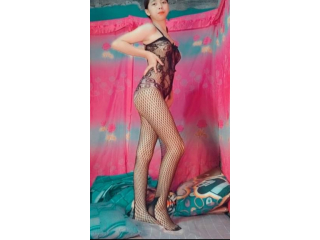 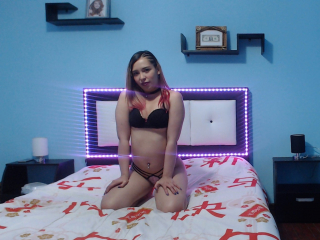 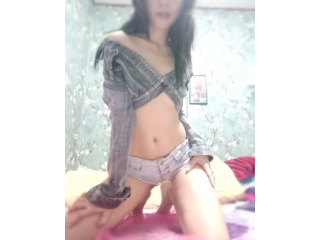