I grabbed another drink from the bartender and was watching the dancing when Mike asked me to dance. I love to dance and when my husband saw me dancing he was on a break from his game and went to the DJ and gave him a list of my favorite songs. He came up to me while I was dancing with Mike and told me to have fun and keep dancing until he beat all these kids at poker then he was going to fuck my brains out like all of these young studs want to. I smiled and went back to my dance partner. The next song was my favorite My Sharona from the 70s. Its a fast song everybody knows and I love to dance to it. I am a flirt on the dance floor and with Mike I was no different. We were having a great time when the next song my husband requested came on. Controversy by Prince. Another fave when Im horny. With my husband on the floor with me I become a slut to this song. With Mike I tried to keep it clean but it was hard. Towards the end of the song, Mike whispered in my ear mom Id like to fuck. I did not know what he was talking about but my body was suddenly aching. My surprised look caused him to say the word Milf and mom Id like to fuck then it hit me. I had an orgasm dancing with this young man. I kept repeating the saying mom Id like to fuck over and over to myself. A slow song came on and like a gentleman Mike asked for this dance and soon his mouth was on my loose fitting corset as he was trying to smother his face in my chest. I was in a state of mass confusion I was loving the attention he was giving me and yet I was doing things I only have done with my husband. I am feeling his hardness press up against my body during the dance. He again whispered those words to me mom Id like to fuck. He was hitting every nerve in my body. I was dancing not 25 feet from my husband and son with a 21 year old stud who was begging to fuck me. I wanted to fuck him. I decided to take Mike to our guest house and fuck him and show him I can be a real live milf. I told Mike to meet me in five minutes in the guest house thru the garage. He was smiling as he went away. I went back to check on my husband. I told him I loved him very much and was having a great time. He told me togobackto teasing all the boys outside and to be ready for him later. I assured him I would.

I went back outside to the bartender for another strong drink to give me more courage to do this. My body was aching for this, but my mind was not sure. When I walked into the room I was shocked to see not only Mike but Jay and John as well. Turns out Mike told the guys he was going to sleep in the guest house and they decided that they were tired also. I just smiled when John told me again what a milf was. He said I was prime milf material. He then asked me to show him my tits. I told him I would be glad to show him my tit if he showed me his cock. (Did I just say that?). He wasted no time in releasing his cock from his shorts. I was awestruck at his size he wasnt overly large but very thick and appeared to be very hard. He walked over to me and asked if he could touch my tits and when I reached for his cock he had his answer. Mike and Jay were feeling left out when I motioned for them to join us. I was playing with Jons very thick rapidly expanding cock brought my tongue to my mouth as I was going to savor this very thick piece of steel. I had already felt Mikes hard cock on the dance floor. He was about the same size as Jeff but ooh so hard. Jay had a bigger cock than both of them I was now going to have the time of my life. I guided the boys to the bed and gave instructions to all of them. They were only to willing to listen. I had Jon and his thick cock at the foot of the bed as I wanted to suck him first and fuck him last so he would not stretch me out for the other two. I wanted to fuck Mike first and had him lie in the bed with his young cock pointing straight up. I told Jay to be patient as I would get to him soon. As I mounted Mikes cock it felt so good that I wanted to just sit on it and have orgasm after orgasm. I leaned forward and went for Jon and his thick cock. He was hard as steel and I loved the size of him he was so thick but he fit in my mouth so good. He was in heaven as I was bouncing on Mikescock as I was sucking him. He wasted no time in grabbing my tits as I kept sucking him. Mike was playing with my clit as I bounced on his cock and he brought my first climax soon after his finger found my sweet spot. Right as I climaxed Jon filled my mouth to overflowing with a huge load of his sweet tasting cum. Jay wasted Jon time in putting his cock where Jon had been. His cock was the biggest and felt very good going down my throat as I could feel him hit spots that were virgin to cocks in my mouth. He was slapping my swinging tits as Mike had picked up the pace of my fucking and I had another climax when he erupted in my cunt. Jay wanted to fuck me right now and I got on my knees and told him to fuck me from behind.

When he mounted me, his cock was so deep inside of my body that I had an immense orgasm as he reached the back wall of my vagina. While he was fucking me and bringing me to climax after climax, Jon was hard again it had only been 5 minutes. This was fantastic as I put his cock back in my mouth and I gripped his balls as I sucked him to the rhythm of my cunt getting pounded by jay. Jay then reached under and grabbed my flailing tits and held on while he shot his load in my already soaked cunt. Jon wanted to fuck me and I had him lie down and lowered my self on his thick cock. It was very tight and took some gentle pushing to bury his cock in my body. He has stretched my cock that I already knew what I wanted next. I bounced on his thick cock for about 20 minutes when I put my tit in my mouth and licked my nipple with my long tongue it was too much for him and he shot another huge load of cum in me. When I pulled off him I told Mike and jay they were both going to fuck me at the same tine. I told mike to lay on his back with his feet over the edge. I sank my body on his cock as I was facing him. He wasted no time in fucking me and licking my tits. Then I told Jay to stand and feed his cock along side Mikes. I was feeling every inch of not one but two very hard cocks pushing my body into convulsions as I was having a non stop orgasm I never wanted this feeling to leave and I slowed both cocks down till I came back to earth for a second than I had go right back to pounding their hard cocks in my body they ewer having as great time ad the y would grab my tits and poor Jon was feeling left out I motioned him to straddle Mikes face ns I wanted his cock inn mouth as the two studs continued to fuckme into submission. I had orgasm after orgasm for over 30 minutes and Jon has a steel cock as I sucked him dry for the third time and he was hard again in just 2 minutes. I loved it and after another climax Mike told me he was going to shoot his cum in my hot cunt. When he did I had another orgasm and Jay just fucked me to two more before he finally shot his seed in my dripping cunt. As Jay pulled out Mike told me he was ready again. (I cant believe they recover this fast) I lay down and told him too fuck me missionary style and he did for over 30 minutes and more orgasm before he emptied another load into me. The boys wanted to keep going but I said enough. I had to get back to the party. I made the boys promise not to tell anyone about this and they all said they would if I would let them fuck me again. Deal I told them. 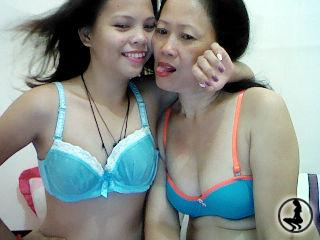 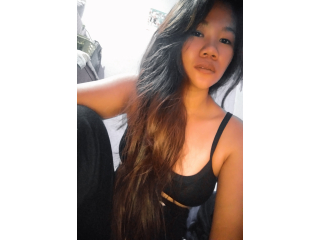 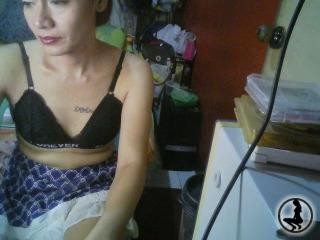 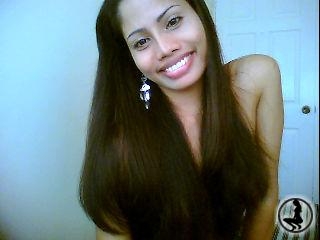