This is a true story of my ex-wife and our first swing encounter.

It happened around 1992. I was in the military and Ted, a co-worker of mine, became my best friend. He was older than I by about 20 years but his wife Kim only by about 10 older and had a great figure, 36C breasts with very pink nipples and she was awesome to look at. She also had very white and soft skin.

It all started when at a party where she told me she wanted to suck my cock and then I knew what Ted told me was true and it would be OK with Kim. He had been telling me she wanted me for a while. No doubt now.

I then visited her once alone and then 2x with him watching from the doorway, I felt comfortable now with them and was ready to see if my wife Sherry wanted to have some fun too. We were all good friends so it was not too much of a stretch to say what was going to happen would have anyway.

Sherry was 24, a 5'4" brunette with 34B tits and had a really tight figure, she still looked very good even after having two children. She did yet have one of those "pouches" that most woman get after having children. I was 27, 6'2", 210 lbs, brown hair and hazel eyes. Being military, I was in pretty good shape.

Ted and Kim invited us to their house for a special Christmas party. The rule for the party was short skirt and white blouse, stockings and garters, but no bra or panties permitted. To my surprise, Sherry agreed and we had a great time with the other 4 couples there talking and playing. We kidded and had a good time and got drunk and she fell right in with the event seeing the other woman dressed the same.

The next time we went to visit, I had told her she could fuck Ted if she wanted to. She had to have asked me 20 times if I was telling her OK on the way there as we drove up route 65. To me, that told me that she really wanted it. I still remember her looking at me at the red light by the McKee's Rocks bridge and asking with this look I can not describe well. It was a cross between shock and absolute glee! She was up for this!
We arrived at their home and sat in the game room talking some small talk and drank some alcohol. After a while, I went out to the kitchen and was talking with Kim while Sherry and Ted stayed in the game room. Ted came out quickly and said this looked good so I bolted with his wife Kim upstairs and fucked her while he romanced Sherry in the game room on the fold out couch in front of the burning fire place.

Being young and dumb, I fucked Kim fast the first time, I was scared about how Sherry would react and snuck down and peeked in on her through the louvered doors to the game room. She was spread-eagled on the fold out couch bed with her shaved cunt facing me, naked except her white lace garter belt, stockings, and 3 inch heels she had kept on. She was rubbing her breasts and moaning loudly as he was eating her soaked cunt. I to this day have not seen anything more erotic to me to top that vision. When I seen she was going to be OK, I left again and went back to giving Kim my attention. I was so hard I cam in her again and just kept on fucking for a long time. She had no complaints, I'm 6", thick, and I was able to go hours back then. She was happy when I was done.

After we left, I took her home and in the living room I sat on couch with her on the floor between my legs so she could blow me until I cam into her mouth. I just stayed hard as a rock after the show I had seen in that game room and so I had her lean doggie style with her on her knees on the floor in front of the couch and her tits swaying below her chest. I fucked her hard for what seemed forever until I blew my load up into her cunt. I then took her to the bedroom and tied her face down on the bed, blindfolded her and placed a ball gag into her mouth. I then placed my cock at the entrance to her asshole, which was covered with her and my juices and fucked her up the ass until I put her 6th load of cum that she earned that night into her ass.

In the morning we talked about the events and were both OK with how things went. Needless to say, our sex life had a new spark to it and we chased each other around a lot now.

Later that same month, Ted came to visit us while Kim was having her period. Sherry drank some wine and talked to Ted while I got our two young kids to bed and then we retired to my basement office. Once in and the door shut, he stripped off her red blouse and black pleated skirt and then they very slowly kissed and caressed each other . I sat on the couch and watched as she put on a "I'll show you" show. Ted nibbled her all over and slowly stripped her lacy black bra and panties off leaving her in black sheer stocking, heels, and garter. She then undressed him.

From there it was a lot of oral. She sucked him off and played with his nuts by sucking on his hanging sack and then he ate her, slowly licking her dripping bare pussy. When they bored of that, she laid down on the carpeted floor and pulled her legs back, bent her knees as he entered her cunt and began fucking him right in front of me. When he was about done he pulled out, removed his rubber, and put his dick in her mouth blowing his load down her throat. He then pulled her over his hips so that her head was behind him and her cunt was resting on his thigh where he could reach it easily and started finger fucking her hard. She was screaming from the three orgasms she had while he pumped her bald cunt. She was slurping as his fingers flew in and out of her. By the time he was done, she was taking most of his hand into her and loving it. I learned a new trick that night!

You might also like:
The Masseuse
Neighbours I
The Time Of Her Life
Women’s G Spot Stimulation
Friends And Neighbors (Part 4)
Views: 7,157
www.pinays247.com Live Cams Girls 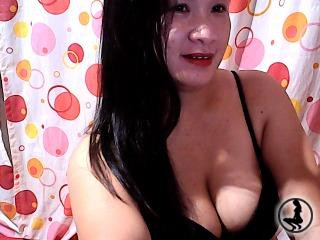 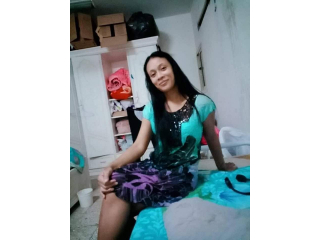 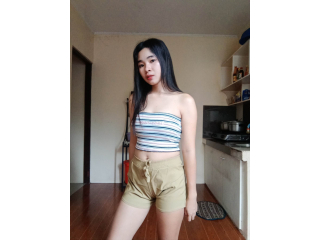 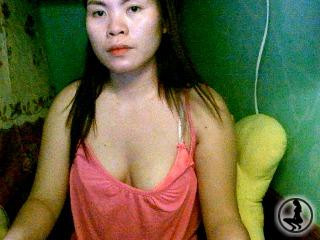